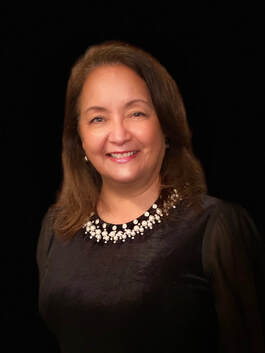 Ms. Maria Chadwell is beginning her thirty-second year of teaching after a brief retirement of four years. Her bands have earned numerous Sweepstakes at UIL Concert and Sight-Reading Contest as well as earning 1st Divisions, Best in Class, and Best Overall at Invitational Festivals in San Antonio and Houston for several years. Her bands have also been progressed through the Region, Area and State level in the Honor Band process. McMath Middle school, in Denton, TX, was  invited to perform at the Texas Middle School Conference in Austin to present “Texas History, Alive and Well in the Arts” and Ft. Worth to present “American History, Alive and Well in the Arts”. While providing the highest standard of musical development for her students, her philosophy is also to provide a challenging and meaningful environment that will prepare them for life beyond band.

Ms. Chadwell is a graduate of the University at Texas at El Paso, where she was Drum Major and a winner of the Department of Fine Arts Solo Concerto Competition on clarinet with the UTEP Symphony Orchestra. As a four year high school All Region member and a member of the Texas All State Band, she understands the value and importance of commitment and hard work.

Ms. Chadwell's past accomplishments in high school have included Outstanding Marching Band Member and John Philip Sousa Award. As a professional educator she has been nominated several times for teacher of the year, Educator of the Year, and awarded the PTA Lifetime Membership. She is active in the Texas band community as a clinician and a UIL Texas Adjudicator. She is a member of TMEA, TBA, and TMAA.

Her family include Stacy, Andrew, Rebecca and her husband Jared.  She is married to Joseph Quinlan. Sharing her home also include three cats Jax, Rhoo, and Jojo. 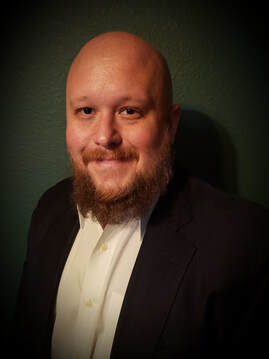 Mr. Black is starting his fourteenth year of teaching and his first year at T.A. Howard. He received his Bachelor of Music Education from the Delta State University where he studied Trombone under Dr. Edward R. Bahr. While at DSU, Mr. Black participated in the DSU Wind Ensemble, Jazz Ensemble, Brass Ensemble, Low Brass Choir, and the "Marching Statesmen" marching band. Mr. Black has served as Band Librarian and Horn line master for the Delta State music department.

Mr. Black has spent much of his career helping underprivileged children realize their potential and achieve great success in his band programs. His students have earned accolades such as first division at State Solo & Ensemble competition, Sweepstakes at U.I.L. Concert and Sight-Reading evaluation, as well as best in class at many band festivals such as Sandy Lake "Fun Fest". Mr. Black is a member of TBA, TMEA and Phi Mu Alpha "Sinfonia".

His Family includes his Wife Lindsey Black, and daughter Charlotte. He is also the pet of his three loving dogs Angus, Sammy, and Buddie. 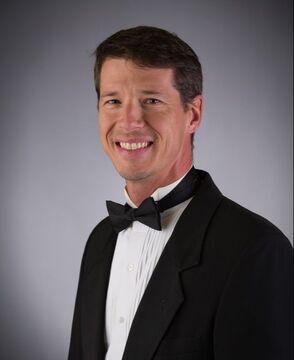 Along with UNT professors Mark Ford and Christopher Deane, Dr. Hart helped in the world premier of Ford’s “Afta Stuba!” at the Percussive Arts Society’s 2000 Convention in Nashville, Tennessee.  While at UNT, Dr. Hart performed with the Grammy-nominated North Texas Wind Symphony on several of its Klavier label CDs, including “Deja View”, “Soundscapes”, “Sojoums”, “Convergence” and “WASBE Live!”.  He was a featured percussion soloist for two percussion concertos on these disks, namely Michael Colgrass’ Deja Vu and David Gillingham’s Concerto for Four Percussion.  He can also be heard on several volumes of the “Teaching Music Through Performance in Band” series recorded by the UNT Wind Symphony, under the baton of Eugene Corporon.  Dr. Hart has also performed with the UNT Symphony Orchestra and the Las Colinas and Garland Symphonies.